And with an anti-climatic answer, I don’t know. For me, the oversimplification does more harm than good.

When did you first know?

By the time I graduated high school, I had lived in six different states. The number six is small in comparison to the number of houses we briefly occupied, which is ten, maybe eleven. My father was a military man, which made my siblings and me navy brats. Unfortunately for us, we later obtained another label: the preacher’s kids. People say both military and pastor’s kids in their separate entities are the most rebellious due to their strict lifestyles. You can probably imagine that being both a preacher’s kid and a military one would lead to a horrific childhood. Sure enough, our arguments often included why we could not go to the movies or school dances. However, even given the strict life parameters, I think my siblings and I could have been worse off; but you would have to ask my parents.

Beach days, swim team practice and church activities filled my elementary school years. My parents played UNO with friends after Sunday evening church service as the kids played in a back room or the yard. Every two years, our family ventured to Maine for a family reunion with dozens of other relatives. I remember shoving newspapers into plastic sleeves for our paper route while watching Honey, I Shrunk the Kids on VHS; my parents had to remind us to keep work going while we stared at the television screen. In first grade, I kissed Ashley Redmond on the hand and ended up being the only boy invited to her McDonald’s birthday party. I remember becoming best friends with Barbie Burton in third grade, but found it quite strange that she enjoyed mustard on rice as an afternoon snack.

Those years were tainted with a lot of loss. My siblings and I boxed up our belongings every three years to move across the country to another military base or church parsonage. Children are said to be resilient. But if you cannot recover from the first loss; how are you supposed to grieve the second, third, fourth and fifth?

Those years were tainted with a lot of loss.

I remember the day Dean Carpenter moved. The New England fall settled in, around the same time I kissed Ashley Redmond’s hand. Yes, first grade. I considered Dean my first best friend. He lived two doors down in military housing. We went to each other’s house often. I cannot remember what we did, if much at all. I knew Dean was present. One day Dean was there, the next he was not, and soon after we left as well. We moved over and over again, but I don’t remember the depth of friendship lost like this one.

For up to half a year at a time, my father would be at sea fulfilling his Navy duties. In essence, every year, our family adjusted from a two parent household to one and back to two again. I became a fairly independent child. And if I needed to be with someone, I would be with my sister, Rebekah. I quickly became a nerd, preferring academic workbooks from the back of Toys R Us over Legos or Army soldiers. I made friends easily, yet at the same time, was quite the peculiar child.

In third grade, I asked for a birthday party. I wanted one particular male classmate to sleep over. He had dirty blonde hair and carried himself well, at least for a third grader. He was a lot cooler than I. He looked surprised when I asked him to come. And the other boys asked why they weren’t invited. I don’t know why. I only remember wanting him there.

My parents agreed and the party was held. A few other church friends came to the party, but only he stayed the night. We slept in separate sleeping bags in the living room. We did not talk much before falling asleep. I knew it felt awkward, even more so because I wanted to be physically close to him, not sexually, just physically close. I yearned for a new best friend, but I didn’t know how to make it happen. I missed Dean. And even in my third grade head, I knew friendships should be deeper than playing on the same Little League team. I do not remember speaking to him much after that. It did not matter anyways because my father retired from the Navy resulting in us moving again and switching school districts.

We stayed in southern California for less than a year more, then my dad relocated us to New Hampshire for his first pastoral job. I loved southern California. I rode bikes to Barbie Burton’s house, the sun never stopped shining, and the beach was a short drive away. For a child, it felt like summer never ended in Southern California where shorts and a T-shirt were your attire the majority of the year.

In three short words, “Don’t do that,” the world started to become cold.

On one of our last afternoons, our family was hanging out in the backyard. My siblings and I were probably playing marbles or the hit 1990’s game - pogs, while my parents talked in their respective beach chairs. In between games, I walked up to my parents and, like a typical child, asked what they were talking about. To be honest, I had the hardest time adjusting to my father being home. I wasn’t sure how to relate to him. And I’m sure he felt the same about me. As I waited for their response, I noticed my dad’s dark arm hair. I wondered what it felt like to have so much hair and why it was necessary. Without thought and in curiosity, I stroked my hand against his arm to see and within seconds I received a quick, stern correction, “Don’t do that.” In fear, my insides shivered, my eyes froze onto his eyes, and I let out a meek, “Okay.”

I knew my father was not trying to be malicious. His tone changed back to the lightness of the topic my parents were discussing before, and they told me to go play. I walked away making a mental note that physical touch is bad, especially towards another man. But I also grew more unsure of how to interact with him or any other male for that matter. I also knew not to be physical with girls. In three short words, “Don’t do that,” the world started to become cold. And soon after, we moved to New England again. 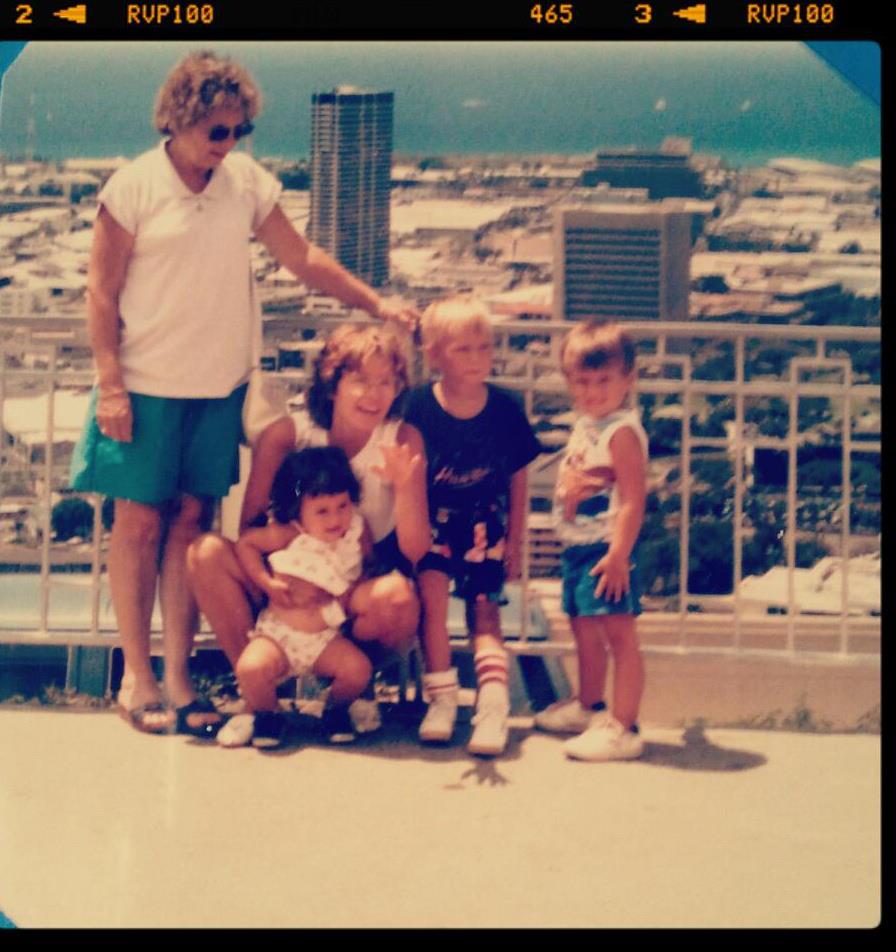