Death sought me. Without succeeding, its spirit kept reminding me how close he had come and how he would continue to make my life miserable. I wrestled with every suicidal thought in hopes of getting free. No relief came, depression settled in and I came to the end of me. I had a pre-typed message ready for Jeff, the missions trip leader, to cancel my flight to Bolivia. I had nothing left to give and did not want to embarrass the rest of the team.

On a lazy Saturday, April 9, 2016, I slouched in an office chair to watch the livestream of Azusa Now - an event in Los Angeles to commemorate the 110th anniversary of Azusa Street, the genesis of the Charismatic Movement. I hoped to find a new peace before the Bolivia trip. And I needed something to fill my time at work, while I waited for a pediatric trauma case to come into the emergency department.

Well-known speakers declared and proclaimed statements of grace and mercy. A prophetic speaker stated someone’s name and hometown with a prophetic message. The crowd clapped and cheered with each of their statements. My heart failed to connect to their dynamic speeches until one man preached.

The man preached that death and suicide had gotten a grip of someone. The person needed to be reminded how to renounce it and declare life to themselves once again. It may even be someone listening on the livestream.

In the plain, white-walled office, I verbally followed his prompts renouncing what I kept a hold of and promised to walk with Jesus in greater freedom. I felt a new lightness. I deleted my pre-typed message to Jeff and less than a week later, I boarded a plane to South America.

The Father, Son and Holy Spirit became invited guests into the room. Each session at every hour, the words that flowed from our lips amazed each of us. Jeff, Sean and I knew the prophetic words did not come from us. We had words and visions of a person's past or present with declarations of what the Lord would do in the future. We only knew the amount the Spirit wanted us to know. In humility, we sought to love with humility, and avoided embarrassing the person with what He had shown us. We helped others walk into a greater freedom. The interpreter explained to each person that she didn’t tell us any details from their life. It simply was the Holy Spirit at work.

The Father, Son and Holy Spirit became invited guests into the room.

Day in and day out we did not grow weary, because we knew where our strength came from. I could not believe the Lord wanted to use a man like me. In all of my mess in the past four months, I got to be a part of something incredible.

On a Wednesday evening, our group loaded into a van to head to our next destination. The medical and non-medical portions of our teams recounted what had happened during our day. The medical team led multiple people to Christ and shared how they were impacted by the locals’ stories. Our team shared the emotional healing that took place in our sessions. Excitement filled the van as we continued to share.

On our way to the destination, I felt the Lord prompting me to pray at the end of Jeff’s talk. I tapped Jeff on the shoulder and asked his thoughts on this. He stated it sounded great to him and would let me know when I could pray.

The local congregation greeted our team on the second floor of a downtown Santa Cruz building. Those of us who could, spoke greetings in broken Spanish until the service began. The pastor led the group in three or four songs then Jeff gave a short sermon on prayer.

Jeff asked me to close.

For some reason, I shared about my struggle with suicidal thoughts up until the complete freedom I received a couple of weeks prior. To my left side, in my peripheral vision, I could see a young Latina glaring at me. I felt her pain and disbelief as if God did not involve Himself in the little nuances of our lives.

For a moment, I silently prayed asking the Spirit what to do. And without fear, prophetic words started to pour out.

And without fear, prophetic words started to pour out.

I looked at her and acknowledged how difficult it must be to hear my words. Her eyes became glued to mine with her purple-highlighted hair outlining her face. I confirmed her gifting in painting and how her paintings would touch the lives of many.

In that moment, the Holy Spirit broke loose.

My mouth did not stop as the Lord gave me the words to speak without missing a beat. The man with tattoos, who secretly wrote books. The woman who arrived late to church because she had concerns about not having food on the table, but the Lord would provide. On and on it went.

At one point, I stopped with my eyebrows raised and arms spread out, “Guys, I shouldn’t know any of this. This is the Holy Spirit speaking. This is Jesus. It isn’t me at all!”

People began to pray over one another as loud crying filled the room. A young man with dreadlocks asked me to pray over his heart condition. He kept having pain in his chest especially when walking up an incline. A few of us prayed over him and minutes later, he kept running up and down the stairs with no pain!

Freedom and redemption had come!

Our team left that evening amazed by what the Lord had done. Healings and prophetic words occurred. More importantly, Jesus allowed us to be a part of bringing heaven to earth in the most beautiful way.

On our final day, the interpreter and I met with a young man to do some inner healing.

His head tilted low and he made little eye contact as he shared his story. Both the interpreter and I could feel the sorrow in his heart as he explained trying to go to school, work to make extra money for him and his mom and also paying for physical therapy. His left leg was a few inches shorter than his right leg and he had to wear special sneakers. He had been told physical therapy may be a part of his whole life.

The interpreter placed a tissue in his hand as tears streamed down his face.

“I have made money my idol and God is punishing me,” stated the young man.

In my spirit, I felt like that was a lie the demonic made him believe.

In boldness I told him, “I do not believe you have made money your idol. It seems like you have to work a lot to pay for all of these things especially since your dad is not around to help out.”

He swayed his head back and forth unsure if he wanted to believe.

I looked at him straight in the eyes and asked, “I think what you want the most is not more money, but for your leg to grow. Do you want your leg to grow? If it did, you would have a lot more freedom financially.”

Do you want your leg to grow?

He burst into tears and stated, “Yes!”

I told him I would be right back to get some more praying power. I jogged downstairs to see the medical team about to order lunch.

I exclaimed, “I need y’all to come upstairs! We are going to pray for a man’s leg to grow!”

The three women and I burst back into the room as the young man sat there waiting. I pulled up a chair to sit across from him and had him put both of his feet on my lap.

In our small prayers, we adored Jesus for what He would do. We praised the Lord for all that He had done in this man’s life and would continue to do. Two women knelt next to me holding onto his legs while another prayed with hands on his shoulders. I picked up his legs to see if his leg grew. I looked up to see the man staring back at me. Our faces glowed for what had seemed impossible. A miracle had happened.

The man placed his shoes on the ground next to him and stood up. In amazement, all of us cried with joy about what Jesus had done. A simple act of obedience changed this man forever.

It just so happened that we wore the same size shoes, so I gave him mine. I walked around barefoot for the reminder of the day.

The team and I returned to Kentucky completely changed. My social media flooded with message after message from folks we prayed for. The young man went to his physical therapist, who confirmed his leg had grown and now he would only have to go for a short while longer. Another message from the man on Wednesday night stating he still had no heart issues. Message after message stated how the Lord continued to use our simple words to bring freedom in Bolivia.

Redemption came for all of us. 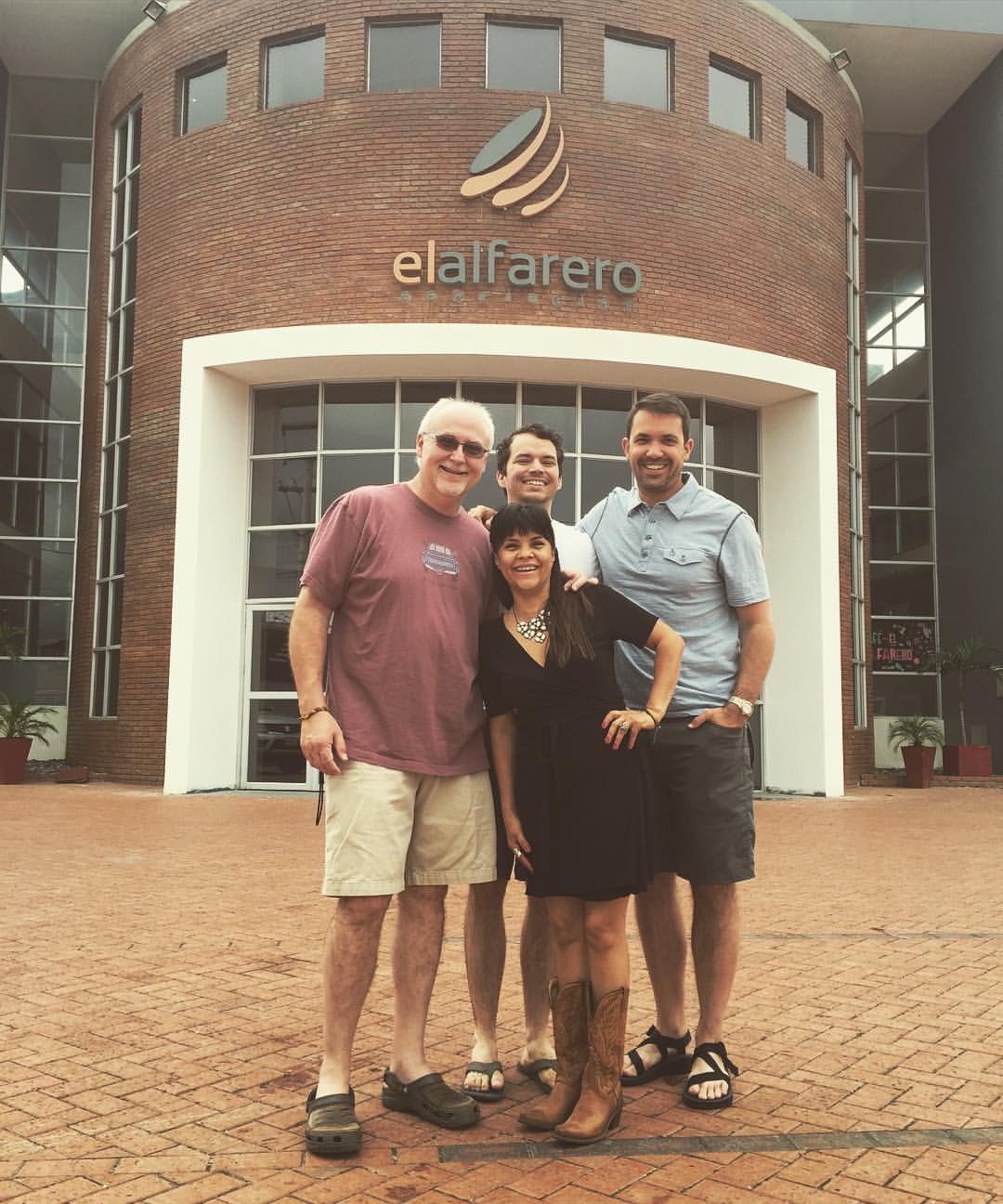 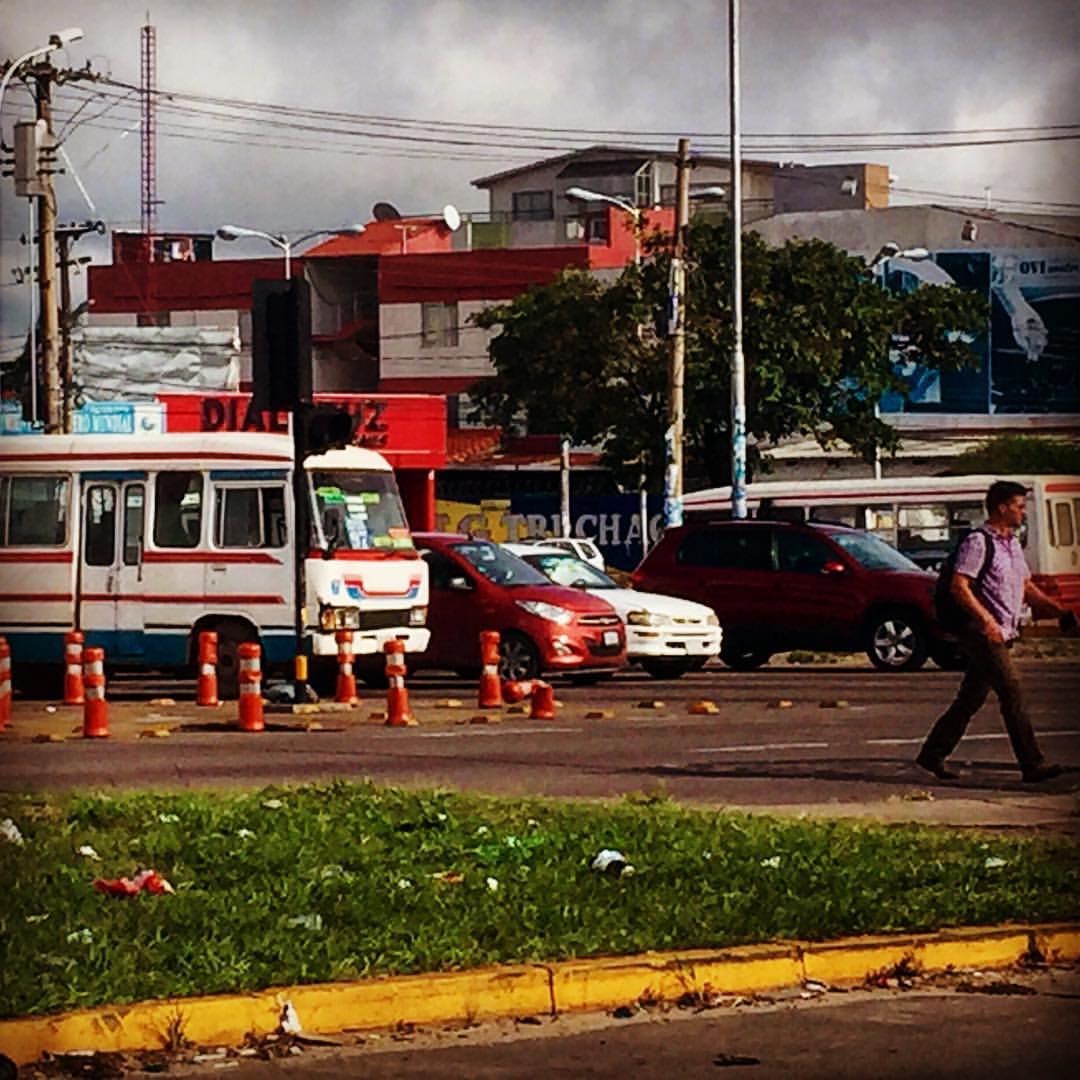