“Am I going home?” I questioned. The hospital room felt particularly cold on this morning. I did not know how many days I slept. The faceless commander seemed to be gone. But visions seemed to come and go as I attempted to decipher how I ended up in the hospital. I felt disoriented from the suicide attempt, wanted to ignore what happened and move on with life.

I peered to my left to see Hope staring at the beige hospital wall in front of us not giving an answer. The silence meant everything as tears gently dropped from our cheeks. Hope slowly outlined my exit plan. My brother would arrive this evening, stay a week, be replaced by my mother for five days and then I would travel home with her.

My bottom lip quivered, I murmured “Okay” and looked in the opposite direction. Everything I attempted failed. I failed the mission organization due to not completing the term I got assigned to. I failed at being fully gay. I failed at trying to be straight. I failed to keep myself sane. I failed at own my suicide.

I failed at own my suicide.

Later that evening, Justice entered through the hospital door. I did not say a word. He engulfed my underweight body to give me a silent hug. I attempted to act like nothing occurred even with my exhausted body connected to the wires monitoring my heartbeat. The hospital garments and unshaven face revealed my tired, confused and depressed spirit. I felt a phantom tube etching its way down my throat to pump my stomach, which gave me persistent nausea. We attempted to make small talk unsure of what to process.

The medical staff discharged me with my brother and one of the missionaries to the old mushroom farm. The missionary engaged my brother in conversation as I sought comfort in the passing graffitied buildings. I had no other details to add to what they already knew. The hospital told the mission organization, who told my family and college of the suicide attempt. I had no need to verbally process with anyone. I had my own questions. What day was it? How many days did I sleep? Did the psychiatrist actually believe this was a rebellious act? Did everyone else believe that too? Who stood at my side? Who could I trust? Was God even there? Where did the faceless commander go?

My internship ended in a peculiar way. The local Costa Rican church I attended gave me a surprise party. The first surprise party I ever had. I wanted to rejoice and celebrate our final time together as they handed me gifts and ate together. I tried to keep up with the Spanish conversation, but my tired mind couldn’t fully process their words. The celebration felt bittersweet as I embraced their friendship and wondered if they knew.

Justice attempted to engage me. I acted annoyed like a younger brother would when being bothered in front of his friends at school. I wanted to talk about it. I didn’t have the words to discuss what happened in the spiritual world. He knew what occurred in the physical and I left it there.

A week later, I gathered together the hand-written notes left on my bed from the summer staff of how an unseen God unconditionally loved me. The staff members wanted to show kindness. I felt shame and defeat. My mother and I departed the old mushroom farm to visit a tourist beach spot and dormant volcano. I attempted to smile in hopes that the pain would disappear and to show my mom it was all okay. But the new daily medication regimen reminded me everything had changed.

For the rest of the summer, I rocked myself on my parent’s front porch swing reminiscing about Henri Nouwen. I imagined him as a compassionate man circling in and out of depression due to fear of verbalizing a simple struggle… or his identity. I recognized verbalizing your pain or situation over and over again results in becoming a resounding gong that annoys others. No one wants to be the man sitting near the pool at Bethesda whining about not getting healed. I knew Jesus healed, but I couldn’t believe he stood near me asking me if I wanted to be. I kept the spiritual realm closer to me knowing my doctors thought I lost my mind.

With each push to make the swing move, I choked on a phantom tube moving down my throat with charcoal flowing into my stomach to save my life. Flashbacks overpowered me as my gag reflexes kicked in and I took a sip of sweet tea, hoping for reality to kick in.

This wasn’t a dream.

“You were never a part of this,” the faceless commander echoed in my mind. This wasn’t a dream. I stood in my new reality. In righteous anger, a man severed a tree limb, which burst into flames next to the budding tree. A machete sheared off an Olympian’s arm as the exposed limb quickly decayed to its dry bones. And without missing a beat, the runner sprinted away without worry of what he left behind. I missed my opportunity to die, but I did learn I did not belong in the Kingdom of God.

The summer now stayed an unremarkable one. I moved from the front porch to the couch drowning my pain in reality television. I slept at random hours and snuck into the kitchen to eat any leftovers from the day before. This became my daily routine.

One evening, I stood underneath the Georgia stars discussing sexuality with Hope’s brother, Jorge. Jorge and I connected through Hope during his short stay in Costa Rica. We hit it off and exchanged contact information to possibly connect in the future. Gratefully, Jorge answered my call shortly after my arrival to the States. He described to me how his adoptive father found out about his hookups with other men. He disclosed his sexual journey of jumping from one club to another in major American cities. I asked question after question as Jorge openly spoke about his life. My stomach churned as Jorge described marrying his wife and best friend. I couldn’t understand why he would marry a woman with my own dream of my wife and kids disappearing with every mental health pill I took.

In frustration, I paced up and down the rural, dirt road and blurted out a question, “What do I do with all of this gay stuff?”

I stopped in the middle of the road with my shaking hands waiting for Jorge’s answer.

“Nate, the goal isn’t for God to make you into a heterosexual, but to draw you closer to Jesus.” Jorge gently replied.

I stayed silent as I allowed his wisdom to settle in. If Jorge’s statement stood true, maybe there is space for a struggling homosexual like myself within the Kingdom of God. This would create a sacred space for the outcasts like me.

“Thank you,” I simply stated to Jorge and our conversation ended.

I held onto a faint hope

The following week, I boarded an airplane back to the west coast to start my last year of college. Life changed a lot after the overdose. Suicidal ideations secretly ebbed and flowed. I knew I held a stronger capacity to make the next attempt lethal. But I held onto a faint hope taken from Jorge’s wisdom. Maybe, just maybe Jesus wanted me near and could care less about my sexual orientation. 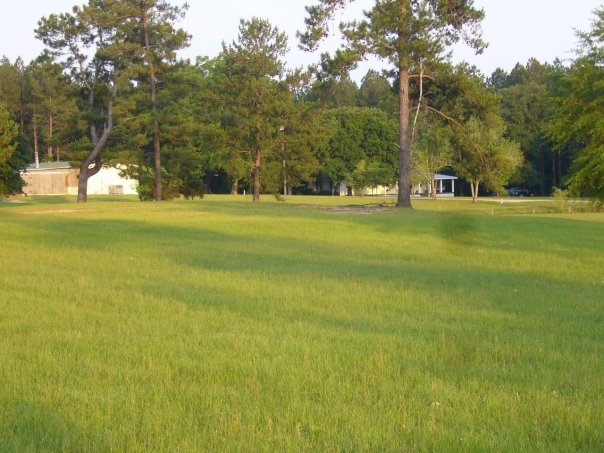